Patricia is currently employed as a Paralegal with The West Virginia State Bar.  She has a diverse background as a litigation paralegal with Preston & Salango, PLLC, a plaintiff law firm, and Flaherty Sensabaugh and Bonasso, PLLC, a defense law firm.  She has been a member of LAPSWV since it’s inception in 2004.  During her membership with LAPSWV, she has served as President, First Vice President, Second Vice President, Secretary, Treasurer and NALA Liaison.  She has been a member of NALA since 1989.  She obtained her paralegal certification (CP) in 1998 and her advanced paralegal certification (ACP) in 2016.  While working full-time, she graduated from Marshall University, with honors, in 1992 with an AAS in Paralegal Studies and went on to obtain her BA from West Virginia University Institute of Technology in 2003. ​

With over 26 years of legal experience, Cindy is currently employed as office a litigation paralegal with the law firm of Steptoe & Johnson PLLC in its Huntington office.  Cindy focuses her legal skills primarily on Railroad Litigation involving diesel, solvent and asbestos issues along with personal injury matters.  She has been an active member of LAPSWV since its inception in 2004 and has served on its various committees and as Second Vice President in 2012-2013. She was honored with the LAPSWV Shining Star Award in 2016-2017. Cindy attended Marshall University and Huntington Junior College with emphasis on legal specialization.   She is a paralegal member of the Defense Trial Counsel of West Virginia and volunteers her time with Big Brothers/Big Sisters and CASA. 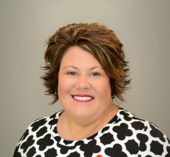 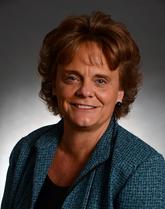 Robin Martin has been a LAPSWV member for several years and received the Shining Star Award in 2014. She began her legal career in 1998, working full-time at Masters & Taylor while earning her Associates Degree in Paralegal Studies, with Honors, from University of Charleston in April, 2000. Since earning her degree, Robin has worked as a Paralegal at Shuman McCuskey Slicer PLLC for a combined total of 17 years with a focus on insurance litigation defense. She has had a diverse career, working for both plaintiff and defense, in the areas of personal injury, employment, premises liability, discrimination/civil rights, mass litigation, product liability and medical malpractice. She has also worked as a legal compliance officer at United Bank. While working full-time as a Paralegal, Robin previously owned/managed two businesses in Ripley, WV and, for over 15 years, she enjoyed a part-time successful sales career. Although it is stressful, Robin enjoys trial preparation/attendance and focus groups – it is only there where we can watch our hard work on a case come to life and to an end. 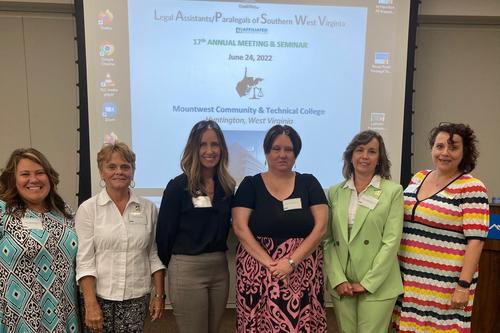 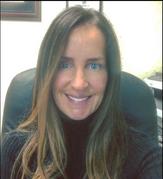 ​​​​Jill I. Francisco, Advanced Certified Paralegal, is employed as a paralegal with Dinsmore & Shohl, LLP, in their Huntington, WV office. She previously worked as a paralegal at Huddleston Bolen LLP, prior to their merger with Dinsmore & Shohl LLP. She graduated with a B.A. in Criminal Justice with a concentration in Legal Studies from Marshall University. She holds Advanced Paralegal Certifications in E-Discovery, and Trial Practice. She has been working as a paralegal since 1997. Jill is very active in local and national professional associations within her profession. She was Charter President of the Legal Assistants/Paralegals of Southern West Virginia and is currently serving as their NALA Liaison; She began her NALA service as a member of the NALA Professional Development Committee; and over the years has served as NALA Affiliated Associations Secretary and Director, Treasurer, Secretary, Second Vice President, Vice President, and was the President of NALA 2018-2020. She serves on the paralegal program advisory board for Mount West Community & Technical College in Huntington, WV, and is also an adjunct professor for the ABA Approved Paralegal Studies Program. She is also a host of The Paralegal Voice podcast on the Legal Talk Network. She resides in Kenova, West Virginia with her husband, Shawn and their son, John David.

Susan is employed as a paralegal with Greene Ketchum Bailey & Tweel LLP, in Huntington, WV, working on plaintiff personal injury and medical malpractice claims. She previously worked as a legal assistant with Legal Aid of the Bluegrass in Ashland, KY.  She graduated from Mountwest Community & Technical College in 2016 with an AAS in Paralegal Studies, where she also received certificates in legal studies and technical support, and was an active member in Phi Theta Kappa Honor Society. In April 2022, she will graduate from Marshall University with a Regent’s Bachelor of Arts Degree with an emphasis in Political Science and a minor in Criminal Justice. She also serves on the paralegal advisory board for Mountwest Community & Technical College in Huntington, WV.  She has been a member of LAPSWV since 2018.

Juanita is currently employed as a Litigation Paralegal with Oxley Rich Sammons, PLLC. Juanita has been employed with ORS for 3.5 years. She has a diverse background as a litigation paralegal with VanAntwerp Attorneys, LLP, and Campbell Woods, PLLC, prior to joining ORS. Juanita has been in the legal field since she was 18 which has given her a broad and diverse range of experience in multiple areas including Family law, Wills & Trusts, Bankruptcy, Medical Malpractice, Worker’s compensation, Criminal, OSHA and construction violations, wrongful death, personal injury, Corporate, mass litigation and contracts.

Juanita has a bachelor’s degree in Legal Studies from Morehead State University and became a Certified Kentucky Paralegal (CKP) in December 2010, as part of the inaugural class of paralegals who became certified in Kentucky. Juanita maintains her CKP certification status. She is member of the Kentucky Paralegal Association and has been since 2005. Juanita is also a member of NALA and LAPSWV.